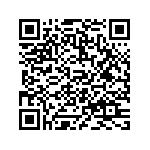 Before 1907, if you wanted a color photograph then you (well, a professional colorist) basically had to color it in using different dyes and pigments, but two French brothers called Auguste and Louis Lumière changed all that with a game-changing process that they called the Autochrome Lumière. Using dyed grains of potato starch and light-sensitive emulsion, they were able to produce vibrant photographs without the need for additional colorization. Despite being difficult to manufacture and also somewhat expensive, the process was very popular among amateur photographers and one of the world's first books of color photography was published using the Autochrome Lumière technique. The brothers revolutionized the world of color photography until Kodak took things to a whole new level with the invention of Kodachrome film in 1935, a lighter and more convenient alternative that quickly made the Autochrome Lumière obsolete (although its popularity continued in France up until the 1950s). Kodachrome was also eventually overtaken by the rise of digital photography (Kodak stopped manufacturing Kodachrome in 2009), which is now by far the world's most popular way to take pictures, but modern advances in photographic technology wouldn't have been possible without the hard work of early pioneers like Auguste and Louis Lumière. Scroll down for a collection of stunning century-old color photographs using their groundbreaking technique. https://www.boredpanda.com/first-color-photos-vintage-old-autochrome-lumiere-auguste-louis/?media_id=841060&fbclid=IwAR3y60ZSCB2zjtkFS44OoJrYrppWL6yFSR7_MrDy5hgKE6Sogw4N_jDGkUI&utm_source=facebook&utm_medium=social&utm_campaign=organic
2019-01-13 07:07:50
Louis Jean Lumière
Pionier der Fotografie und zusammen mit seinem Bruder Auguste Lumière Erfinder des Cinématographe, einem frühen Projektor zur Filmvorführung (erstmals 1895).
Cinémat ographe
https://de.wikipedia.org/wiki/Louis_Jean_Lumière